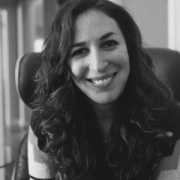 If you have ever seen any of Erica S. Bream’s posts on Instagram or Twitter, you know that she is an actor’s casting director. She says herself she uses social media as a way to, “dispel myths and provide some transparency” for actors. She also says that we, as actors, often feel casting directors are the gatekeepers of our careers. Erica goes on to say we would be shocked by how much work casting directors do behind the scenes to get us hired. “We are your collaborators…your biggest cheerleaders…talking about you all the time.”

In this episode you will also hear Erica’s take on auditions, labeling, and slates. I hope you enjoy my conversation with Erica as much as I did.

ERICA S. BREAM is in her twenty-first year as a film, television and theatre 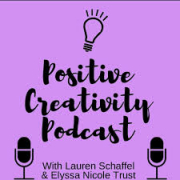 Positivity Creativity is a podcast for writers, directors, and other artists where Elyssa Nicole Trust (actor/playwright) and Lauren Schaffel (actor/producer) speak with creatives about what they’re working on, what’s inspiring them, and how they positive in the entertainment industry 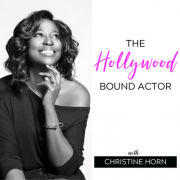 The Hollywood Bound Actor podcast is the #1 place to be if you’re an actor who wants to book starring roles in Film & Television on a consistent basis. Actress & Coach, Christine Horn shares life lessons from her 20+ years in the entertainment industry, along with working actor interviews and expert tips and tricks to book more work and live a life you love. 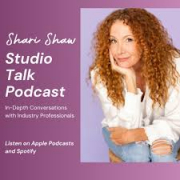 In this week’s episode, I spoke with Casting Director Erica Bream on how her grandmother helped her get her start in casting, why actors shouldn’t stress over slates, and why actors shouldn’t beat themselves up for messing up in their auditions.
–
Acting coach Shari Shaw breaks down the entertainment industry and how to be “Courteously Aggressive” in interviews with the people both in front of & behind the camera, and everybody else in between. Hosted on Acast. See acast.com/privacy for more information. 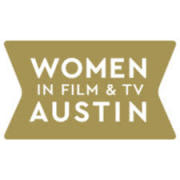 The WIFT Austin podcast interviews casting director and consultant Erica S. Bream.  Erica, known for casting such shows and films as ‘Criminal Minds”, ‘House of Lies’, and ‘American Gothic’, shares how she began her career in casting and provides professional tips and guidance for new and seasoned actors.

WIFT Austin Podcast is the podcast for all things women and film and television. Bringing you in depth interviews with dynamic women in the film and media industries plus movie reviews, member spotlights and entertainment news to keep you entertained and informed. Follow us @wift_austin In this week’s episode I’m joined by a casting director from the Southeast, Erica S. Bream. Erica shares a ton of info on her Instagram account (@ericasbreamcast) and in this episode we dive into self tapes, improving your relationships with casting and solving that pesky slate shot once and for all.

Acting is hard work. You often feel like you have no control over your own destiny. What we’re not taught in school is that you have to manage your career like a business! The Actor CEO Podcast with Mike Moreno interviews actors, casting directors, and other industry professionals in theater, film and television to learn the tips, tricks, and best practices to help actors focus on what they can control and be the BOSS of their career. These weekly insights keep you motivated and always moving forward. It’s both SHOW and BUSINESS and now you can take these mentors with you and always listen on demand!
https://ericasbreamcasting.com/wp-content/uploads/2021/04/the-actor-ceo.webp 626 626 Erica Bream http://ericasbreamcasting.com/wp-content/uploads/2023/01/erica-bream-csa-casting-consulting-logo-crop2.png Erica Bream2021-04-04 00:48:062023-01-16 01:54:28The Actor CEO 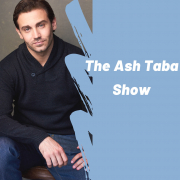 On this episode I talk to Casting Director Erica S. Bream who has worked on projects like Altered Carbon, Colony and Star Trek Into Darkness. After 17 years in LA Erica moved to the Southeast and continues to work on projects that originate in LA and NYC as well as providing regional casting services. In addition, Erica has been providing online Zoom classes since 2017 and has a depth of useful insight on how to use the platform when it comes to auditions.

We talk about:
• How her self-tape challenges providing her a form of artistic structure during lockdown.
• The evolution of her personal brand.
• Why we all need to find a way to develop ourselves further now, if we have the authentic desire and bandwidth to do so.
• The ins and outs of acting on Zoom and why it is nothing like self-taping.
• Working within the Southeast market.
• The biggest misconception actors have about Casting Directors. 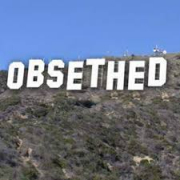 Hi, I’m Seth Coltan. I am an Actor who has worked in many areas of the entertainment industry. I love learning about the business and talking to people who have succeeded in their various fields.If you are pursuing a career in the performing arts, I believe it is important to learn how the business functions as a whole and also learn about the people whom you hope to work with some day. This podcast focuses on the people, how they came to this moment in their lives, and the lessons learned along the way.
–
THIS EPISODE: Erica S. Bream is so great. She casts in Los Angeles and the Southeast.  She has cast TOP theater, television and film productions and is one of the best teachers in the field.  She has been focused on mastering self tapes for the last decade, and is now opening up to career consultations for actors! I love that! 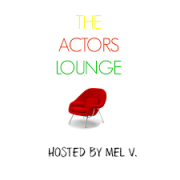 Erica S. Bream- Talks The Casting Process, How To Stand Out During An Audition & What Makes A Great Self-Tape

Over the course of her career, Casting Director Erica S. Bream (CSA) has had the opportunity to work on a myriad of projects across all platforms. A few of these titles include TV series such as ALTERED CARBON, COLONY, WORKAHOLICS, HOUSE OF LIES, CRIMINAL MINDS, and the upcoming TELL ME YOUR SECRETS, PANDORA as well as numerous TV pilots and miniseries, including Hulu’s 11.22.63, and FULL CIRCLE from DirecTV. She has worked on several feature films including STAR TREK: INTO DARKNESS and many indie films, such as the John Legend-produced BREAKING THROUGH. Bream has also worked extensively in the internet and short film worlds, most recently casting award-winning AFI short, RITA MAHTOUBIAN IS NOT A TERRORIST as well as PINKY for Refinery29. She has also ventured back to her first love, theatre, working closely with THE BLANK THEATRE COMPANY and IAMA THEATRE COMPANY in Los Angeles on many main-stage plays, as well as eleven years casting The Blank’s prestigious YOUNG PLAYWRIGHTS FESTIVAL Bream is an Artios Award winner (Casting Society of America) and nine-time nominee for her work in theatre, television and short films. 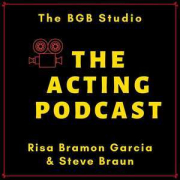 In this special bonus episode of The Acting Podcast, Risa and Steve spoke with an incredible group of Casting Directors (in a Zoom roundtable) who are sharing challenges, open calls, and calls for reels on social media, and doing Instagram Lives, all with the intention of being in collaboration with actors and to keep their own artistry alive during these challenging time. Erica Bream, Jason Kennedy, Ramani Leah, Seth Caskey, Cara Chute Rosenbaum, Andrea Bunker, Becky Silverman, and Ryan Glorioso are all offering generously to artists all over the world in ways to bring actors’ unique voices to our collective work right now. We were so moved by what they had to say about the gorgeous, brave work they’re seeing from thousands of artists around the globe, and we hope this episode will bring inspiration and encouragement to you and artists everywhere!