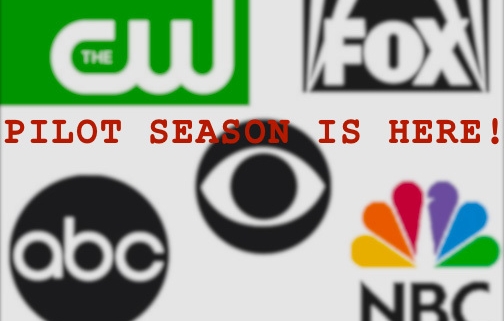 As we head in to pilot season (aka the craziest time of year,) here are ten things for actors to remember:

1. Practice patience with appointments and sessions:

Appointments or self-tape requests may not be flooding in yet. Stay calm and read this blog post.

And please be patient with Casting when we run an hour or more behind during our sessions. We are trying to spend ample time with each actor and sometimes have to step out for various reasons. If you get in a time bind, instead of silently (or loudly) freaking out, tell a member of our staff and we’ll either squeeze you in (with the permission of others) or reschedule you.

2. Be kind to the Casting Assistant.

These amazing people work SO hard, ESPECIALLY during pilot season. They are multitasking their brains out, are wildly underpaid, and often have to cover an overflowing (restless, cranky) waiting room while trying to do ten other things. Be good to these people. They could be the future of our craft and they might have long memories for being mistreated by guests in our office. Plus, karma yo.

Pilot season is also THE season for the sniffles (or worse.)  We tend to work in tiny rooms, with dozens of people per day; an illness can FLY through a Casting office. And if WE get sick during pilot season, we get zero days off to recuperate. So if you feel even a WHIFF of an illness, stay home, rest and reschedule or self-tape. Everyone will appreciate it.

4. Don’t be offended if we tell you we’re not doing one of the scenes you prepped.

Things change RAPIDLY during pilot season. We may have noticed that the tone/emotion of a scene is redundant, the scene may have gotten cut and no one feels the need to keep it in the audition rotation, the character may have changed and that scene no longer reflects the role… If we pull a scene, there’s a creative/logistical reason and it’s never because you’re not a worthy-enough actor to read an extra few pages.

Casting Directors know pilot season is wild and you may have four auditions a day, all over town. We know you also have lives and families and day jobs, etc. Our team is also fully aware that sometimes we give you material only a few hours before your audition. Walk in to every pilot audition with a GOOD attitude and an open mind. If you’re there, ready and willing to play and have prepped to the best of your abilities with the time you were given, then we’re all going to have a good time.

6. A self-tape request is JUST as valuable as an in-person audition.

This and many other important things can be further extrapolated from this blog post.

It has become increasingly rare for scripts, particularly drama scripts, to be sent out for auditions. (We know this is frustrating. It drives us crazy, too.) If you are the lucky soul who receives a script along with your sides, we expect you to read it. Nothing is more frustrating to have provided all of that wonderful information and have actors come in and say they didn’t have time to read the script. (Wanna know why our session is backed up? We are CONSTANTLY providing context/backstory to actors because they haven’t read or weren’t given a script.)

(Unless you book a gig/have a family emergency.)

Seriously. Pilot season is 100% NOT the time to take a vacation/extended weekends in places that have bad cell/internet reception. (Sundance falling right in the midst of pilot season is the BANE of every CD’s existence.) If you need further explanation on this topic, speak to your reps. I’m sure they’ll have plenty to say.

9. It is ABSOLUTELY cool to share your passion if you love a script or really resonate with a character.

Actors will often apologize for being effusive about a script/role. We LOVE that feedback! It validates OUR creative choice to be part of that project! Plus, we pass that feedback along to our writer and producers and it helps make for a very bright spot during a very stressful time. Don’t ever apologize for sharing your true passion or fighting for an opportunity.

10. It’s not ok to purposely show up several hours early for your in-person audition.

Mistakes happen, especially when you’re juggling so many appointments. But if you deliberately show up to our office two hours early because you were “close by and thought we could squeeze you in,” it can throw off our whole day. TWO actors who show up for the morning session when they were scheduled for the afternoon could mean that we don’t eat lunch that day. If you need to change your appointment time, have your reps call and we will find a time that works for everybody.

And one more for the road…

11. Pilot season doesn’t define you as an actor.

Say it with me: “PILOT SEASON DOES NOT DEFINE YOU AS AN ACTOR.” Repeat as needed.

Five Useful Mantras for Pilot Season (and Beyond!)
Scroll to top