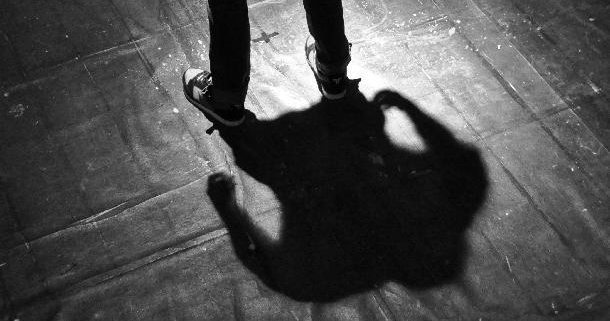 As the Geoffrey Owens story reverberated around the internet last week, I was literally vibrating with utter rage at this view of actors/artists, and the idea that to work a day job or a second job makes you sad or unsuccessful. Geoffrey is not only a WILDLY talented actor, he is also a massively big-hearted and incredibly professional guy. I know because he’s worked for me, for little-to-no money, when I ecstatically cast him in a web series a million years ago.

And that brings up an important topic: if you are cast in a low-paying or no-paying job, (and supplementing your income some other way,) is that work any less valuable?

I have cast a number of projects that pay $100/day (web series, short films, ULB features,) or $9/performance (LA theatre.) I have cast many projects (including several TV shows,) where the union minimums were all we could pay, and that is sometimes far less than an actor’s earned quote. For ALL of these projects, I and the creative team involved would always want the best possible actor for the job: the actor who will elevate the material in ways we could only dream. So we would reach and hope to not insult anybody by offering a (sometimes laughably) nominal fee.

Of course, for these low-paying offers, Casting will often get passes based solely on the money; some actors prefer not to work for such low rates, and some simply can’t commit the time (child care, time away from other paying jobs, etc.) for that kind of fee. But we can get fabulous actors to come work for very little money because the script is SO good, or the producers all have track records, or because it’s an amazing program/school/cause, etc. In those cases, it is clear that the actor is not there for the money but for the creativity, or for the relationship-building, or to bolster and support a new/young/underrepresented filmmaker, or any other special combination of reasons with emotional value.

And guess what: every craft person in the entertainment industry has at one time or another worked for free or for very little. I have cast numerous plays and I get “paid” in the form of reserved seats to a performance, (and love, so much love.) The web series I cast Geoffrey in… I did that as a favor to the producers. For a number of the series I have worked on, I took a pay cut because I wanted to work on that particular project, with those people. I haven’t regretted any of them. Casting theatre is one of the most precious things I do; it fills my heart every time. All of the jobs I volunteered on or took pay cuts for were worth it for one reason or another. But I couldn’t have committed time to them if I didn’t have a second or third paying job to help cover my expenses. (Day care ain’t free, yo.)

(Addendum: I do RESENT one of these low-paying gigs. I don’t regret this particular project or my work on it, but I object to the way the producers valued my and the actors’ work.)

This is what we, as artists do. We make things work financially because we NEED to be creatively fulfilled. Are there times when we need to say “no” to low-paying/no-paying jobs: absolutely. Not every project or role will pay enough emotional dividends to make it worth the time or energy. It’s ok to pass on those ones.

Here’s an easy list of questions to ask yourself when faced with a low-paying/no paying/”please do me this favor” gig:

Q. Do I LOVE the script/role?

Q. Is there a chance this character could evolve and more work could come from it?

Q. Am I excited and energized to work with the creative team (Casting Directors, Director, Producers, Writer)?

Q. Am I feeling at all resentful because it seems like the project has a big budget but they’re shooting non-union (and paying very little)?

Q. Does the creative team and crew seem professional and respectful?

Q. Will this provide great footage for my reel OR a great relationship for future work?

Q. How much time is required? If it’s a long stretch of time, will I have time for another source of income?

Q. Is this a union job? Will it get me into the union?

Weigh the pros and cons each time so you are fully aware of the financial/emotional cost and payout. If it ultimately feels VALUABLE then it will be, even if it simply serves as a learning experience.

And in the meantime, remember that there is zero shame in working multiple jobs so as to allow yourself the freedom to take class, to write, to perform, to help out friends, to say “yes” when a low-paying acting job feels RIGHT… the freedom to pursue your dream career.