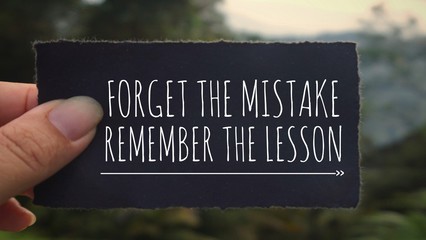 My biggest career regret doesn’t actually involve Casting. (Lord knows I’ve made plenty of mistakes in my career, but those all feel like true lessons and growth experiences, not regrets.) I think about this particular story often because when I was faced with a clear choice, I made the objectively wrong decision and the pain of that is still with me to this day.

When I was 23 years old, I was the associate producer on a big annual showcase. I had never had that kind of responsibility, and I truly LOVED it. I was so proud of the show and of our actors. I was beyond thrilled to be involved, especially in (what I deemed) was such an important capacity.

Three days before our first performance, during a tech rehearsal, I got a call from my Mom: my 92-year old grandfather (in North Dakota) had passed away. It’s Jewish custom to bury the dead quickly, so the funeral would be in two days, (the day of our final dress rehearsal and when everything needed to composed, compiled and in tip-top shape.) I was not close with this grandfather: there’s a mile-long story there, but suffice it to say that I would only want to be at the funeral to support the rest of my family. So my first reaction in hearing this news was to cry not in mourning but in total unfairness at the TIMING. This was my first really big and “important” job, and now I would have to fly home (at great cost,) to North Dakota to help eulogize a man for whom I didn’t particularly care, getting me back to LA after our opening performance. Not to mention that it was January and when you’re flying in and out of North Dakota in January, there is ZERO guarantee of getting anywhere, let alone on time.

My parents, being as supportive as ever, told me not to worry about coming home. Everyone understood that I had a “big job” and it was ok to stay in LA and focus on it. I told my boss what was going on and she was kind and sympathetic, but she also didn’t try to convince me to go. I took that as a sign that I really was NEEDED in LA, and flying home would clearly leave too many people in the lurch. I called my parents and told them I wouldn’t be there.

The day of the funeral, my Mom thoughtfully called me and held up her cell phone during the graveside service so I could hear what was happening. (Technology was pretty crappy then… I really couldn’t hear anything.) But by (literally) phoning in for the funeral, I felt absolved of my guilt for not being there. The service was short, and afterwards I hung up and went back to the booth to check on lighting cues.

The next day our show opened and everything went great; audiences loved it, the actors were getting great feedback, and I was flying on pure adrenaline. It was about a week later, once the dust had settled and life started to feel normal again, that I felt this hard stone of regret in my belly. I couldn’t shake the shame that grew from it and to this day, many (cough) years later, that lump of remorse is still very much with me.

At the end of the day, despite any nuances in my reasoning, I made a conscious decision to forgo a major family event because I thought I was irreplaceable and that they, (the show, the actors, my boss,) couldn’t function without me. (Hint: they ALL would’ve functioned JUST FINE without me. Self-importance – 1, Me – 0.) I will never forget the moment when it finally occurred to me that I had put my career before my family, and the clarity of how wrong that was.

So to all of you hard-working artists, you self-employed passionate people, heed this advice: you are human beings FIRST. Your family, your/their health (mental and physical,) should ALWAYS take priority over work, even when it feels like a career-ending decision. (It won’t be, I promise you. That was the first and last show I ever produced.) Ever since this experience, I do whatever I can to show up for my family, including flying cross-country for 24 hours out of a week-long family vacation. It was a painful lesson to learn, and I’m grateful for how it’s changed me, but I wouldn’t wish the experience on anyone.

Mark my words: there is no job that will pay you enough (financially, creatively,) to make up for endless regret.

Tales from the Audition Room: Part 4

The Value of Unpaid or Low-Paying Jobs
Scroll to top